"What would you take with you if your house was burning?"
"I would take the fire”, replied Cocteau

A
s a neurotic collector, collecting, ordering, categorizing and exhibiting things have always given me immense pleasure. I think that I am mainly looking for an aesthetic emotion in the assemblage of things (or ideas) that at first glance might seem incongruous or even tasteless. I was such an obsessive person that I deliberately convinced my children to start a collection of toys I disliked to try to make a harmonious display on a shelf. If it’s ugly, let’s push it to the extreme… the quantity might make it beautiful ;)

In this chaotic world, the objects surrounding me always prove to be my stable reference points... They protect me, somehow. I also feel a deep need for inertia. As a home bird, I do not wish to travel the world and discover as many countries as possible. I’d rather stay at home, or when travelling, go back to the same place over and over in order to blend in with the locals.

I’d like to keep things as they are, but my adult life decided that moving had to be a yearly ritual.

Each time I moved to a new place, I was terrified of the quantity of stuff I had accumulated. But I also became much more careful with the objects I really cherished. I needed them close at all time. I even started wearing all my gold chains (which are all souvenirs of people I adore) together, like a sailor wearing golden earrings to pay for their funeral if something were to happen. Taking my chains off at night was not even an option.

In April 2018, when opening the last of the moving boxes, I was confronted with all my belongings once again. It made me question the continuous cycle of my insane and irrational accumulation and the relationship I have with the objects that surround me. The real value that I assign to them (their necessity, their familiarity, their rarity, their oddity...), the feelings they fill me with, the ties that connect me to them, so much so that I need their presence, physically or mentally. 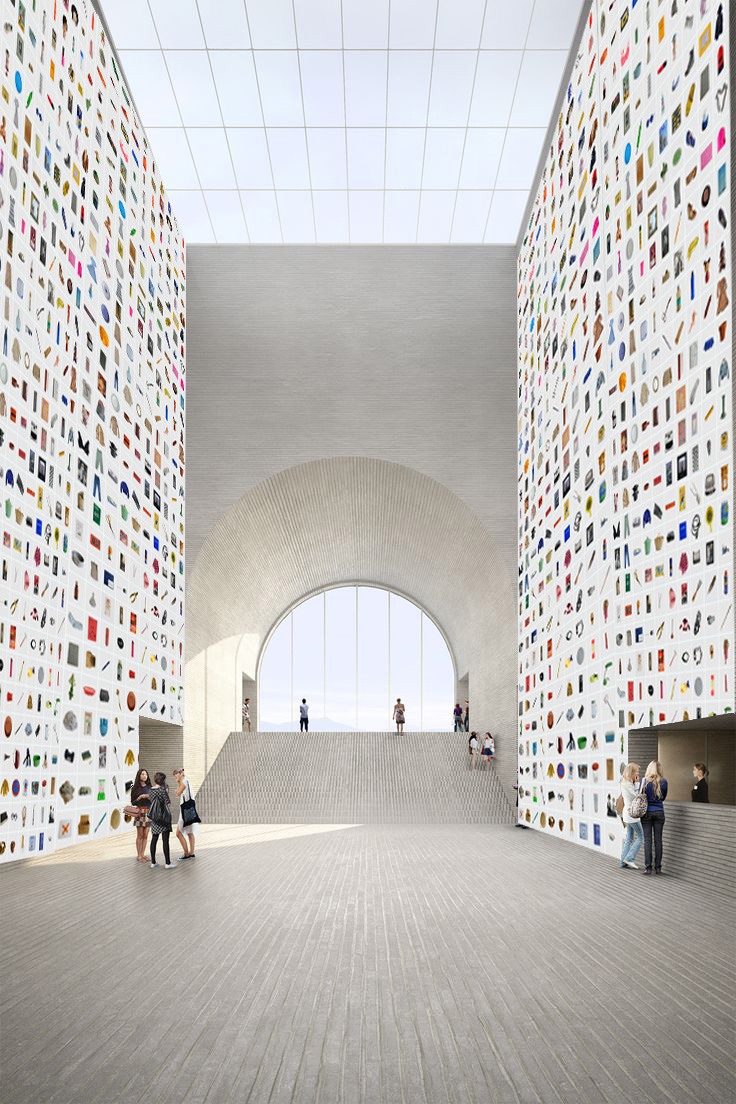 Presented in a big space inside (on a unique surface or on various walls in the same room) and/or on an immense surface outside, I want to bring visitors face to face with this nauseating mass of images to challenge them to think about the relationship with their own possessions.


Longing for more stability in my life, I felt the urge to really lock myself into my new place. I decided then and there to push the limits of my inertia and neuroticism by getting up close and personal with my belongings and analyze all of them in detail.

Following Kant, for whom the object exists but becomes acknowledged only when the subject faces it and recognize it as such, I started a radical confrontation with my possessions through my photographic lens. I entitled this long and intimate adventure ‘KATALOG’.

KATALOG
Most of my possessions are kept out of sight (in drawers, boxes, cupboards, cellars…), but to be totally honest with myself, I needed to capture them all. No book, no piece of clothing, no kitchen utensil, no Lego was going to escape my lens. Room after room, floor after floor, I photographed every object in my home to get a complete overview, without limitations. I was forced to face the volume of my possessions and the extent of my consumption, risking an overwhelming feeling of disgust or overdose.

I deliberately isolated each object on a neutral light grey background to take it out of its environment and to really have a clear view of its value to me.

Reflections
During my voluntary confinement, I read a lot about the search for material happiness. Over time, I realised that most of my possessions are more a source of confusion than pleasure. I feel little attachment to them, but at the same time, isolating my possessions (even the most ordinary one) and classifying them according to specific criteria, gives them an importance and a certain subjective beauty. As such, even a bottle of cough syrup that leaks down the sides develops an aesthetic interest that I would like to retain. I hoped to say goodbye to many things, but ended up loving so much more of my belongings. I am definitely not Marie Kondo ;) 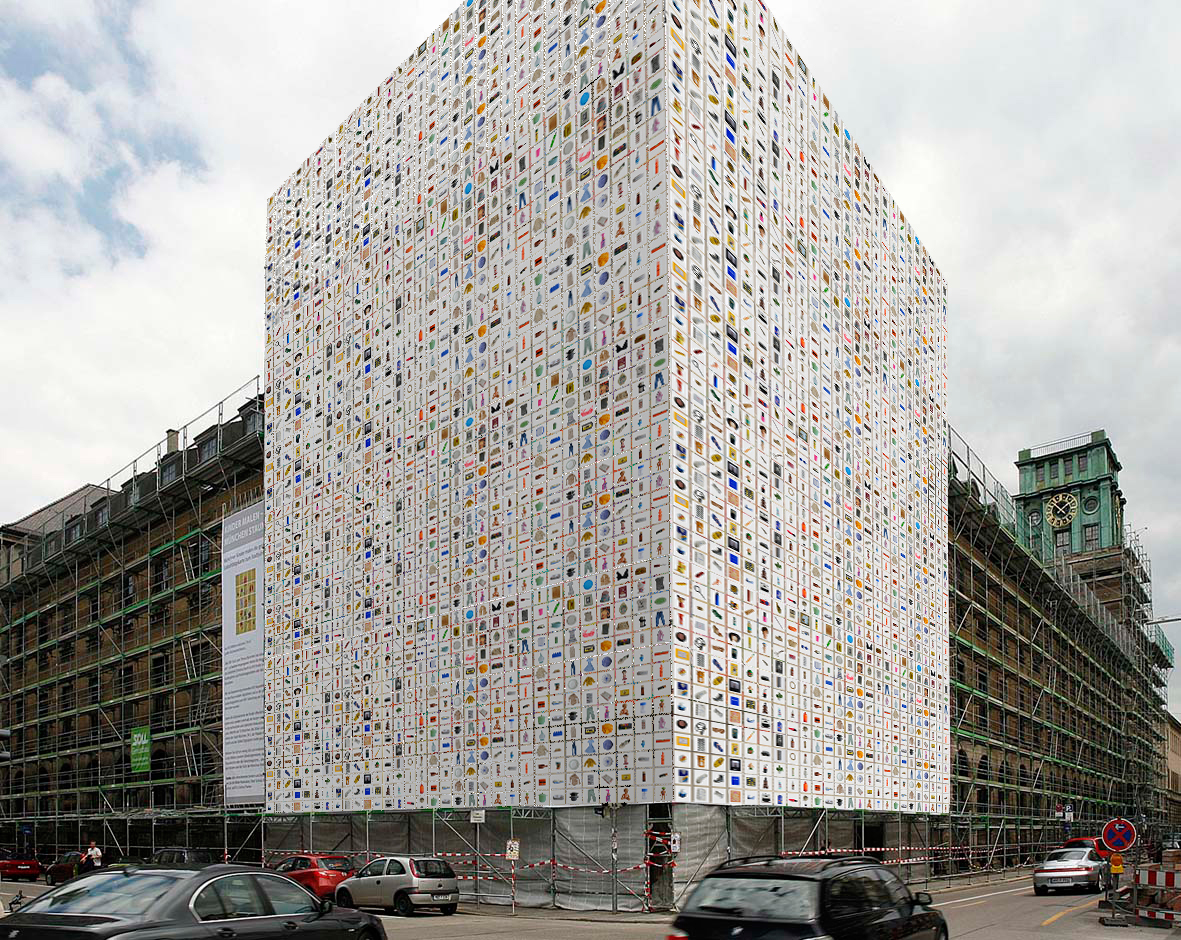 In side rooms, the public will have the opportunity to classify and order these pictures by various criteria (by room, by colour, by material, by necessity, by value) to allow him/her to browse the consumption of an average family from various narrative angles.
Nowadays however, not only goods and wealth attract us. The quest for recognition has become just as necessary. Every gesture, every journey, every purchase is exposed on social media. Are we so afraid of being insignificant? Through this perpetual search for recognition, we hope to find happiness, but it’s only artificial. It soothes our hunger for attention for just a small period of time. This ‘oversharing’ is comparable to our aggravated consumption. For a short while, both take us away from our real fears.

“Acquiring, to find relief, to get distracted, to comfort oneself. To make us a little happier or a little less unhappy. So as not to think too much about what is complicated in our lives. To access a world we know is fake and simplified, but hope to be easy and comfortable. So as not to think of the unhappiness or the emptiness of our life right now. We spend to stop thinking.” - Christophe André

This performance leads me to reveal to the public all that I bought and received, all at once, without filter and without preliminary selection. It’s not an exhibition of a perfect mastered life, but the exposure of oneself pushed to its paroxysm.


Exhibition
The reflections I raised with KATALOG, I would like to share them with the public through an immersive and confrontational presentation of my work. At the same time, I hope to launch new discussions with other artists / thinkers who work with the same theme (a lot of minimalist movements regularly address the topic) and to develop a multi-facetted vision with them.

Presented in a big space inside (on a unique surface or on various walls in the same room) and/or on an immense surface outside, I want to bring visitors face to face with this nauseating mass of images to challenge them to think about the relationship with their own possessions. I visualize this monumental installation in the form of digital projections (150 / 150mm) displayed next to each other. Every cliché will be displayed in an ill-assorted order in an exceptional mass of 10.000 photos.

In side rooms, the public will have the opportunity to classify and order these pictures by various narrative angles and criteria (by room, by colour, by material, by necessity, by degree of annoyance, by value) to allow him/her to browse the consumption of an average family.
Working this repetitively on my project was in a way very comforting… Even if it felt like being in Groundhog Day, it gave me a structure in life. While organising all these objects with discipline and dedication, it was like I was organising my thoughts and my life. It felt a little like necessary therapy.

And now that all photos have been taken, I feel reassured in some way. All my life I have lived in fear that I could lose everything overnight, but now I will always have proof that these objects… this life… existed. My house can now catch fire, I can find myself on the street… as long as I have my 3 children in my pocket and my KATALOG under my arm, I think I will manage.

The presentation of KATALOG will be on in 2020/2021.
Barbara IWEINS
Bruxelles 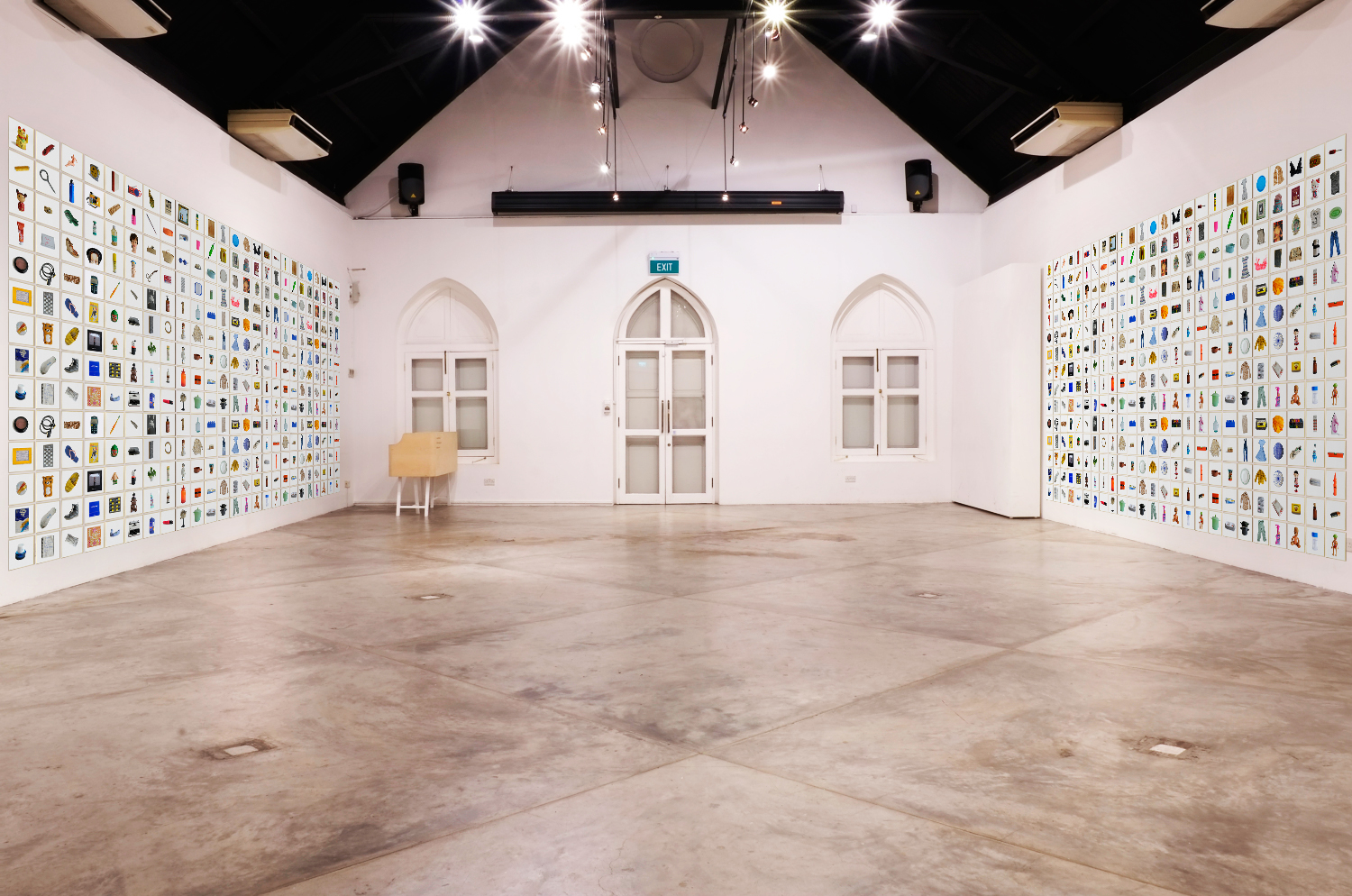